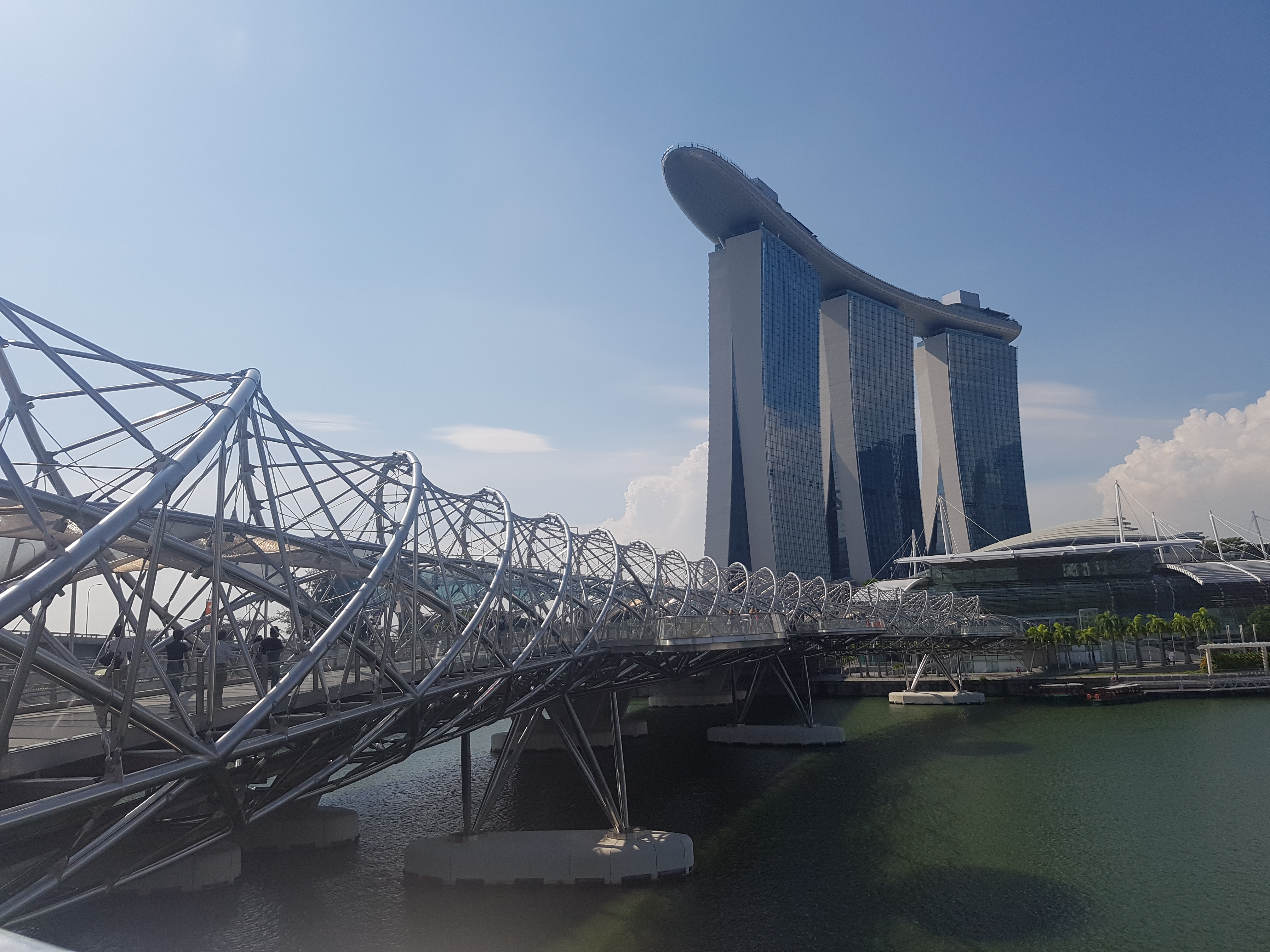 Type: City
Best Date to Visit:
Expense: Expensive
Things to Do: Sightseeing, Food Tour, Theme Parks, Nightlife
Points of Interest: Merlion, Marina Bay Sands, Gardens by Bay, Universal Studios, Sentosa island, China Town, Little India, Orchard Boulevard ect
The Good: Plenty of activities, attractions and landmarks. Something for everyone.
The Bad: Not many things to do on a budget

Singapore is a small city-state independently governed, where its creation dates back many years with an Indonesian prince who found this piece of land (which he loved) and made himself King, further more the modern Singapore was founded in 1819 where  Sir Thomas raffles negotiated trading treaties on the island. The Japanese did occupy Singapore within the world war 2 but then reverted back to British occupation by the end. Singapore became an independent republic in 1965.

Singapore is a largely multicultural nation and is known to have 4 different cultures, this includes the Malays, Chinese, Indians and Singaporeans with many other minorities included.  Malay is said to be the main language but English and Chinese are largely used in the state.

It is said that Singapore’s land is 30% reclaimed from the sea. Their main food is said to be ‘Haiainese chicken and rice’ which was a lovely tender steamed chicken slices, and chilli crab is said to be a huge. Moreover there is many different dishes from around the world which Singapore has enhanced.

Going to any of the south east Asian nations, you can expect heavy culture many under developed and profit from their rich natural attractions like beaches, islands, wildlife, waterfalls, jungles and many a like. However Singapore is the only country within the ASEAN (Association of south east Asian nations) which is different, fully developed like any western nation. Although Singapore still has its historic cultures and fundamentals, a more modern feel is what attracts major visitors every year.

In a tourism aspect, Singapore is divided into 8 different sections in the city for tourists to visit and all have their purpose and history in the city (these are Orchard, Bugis, Little India, Sentosa Island, City Hall, Marina Bay, Clark Quay and Chinatown).

Firstly one of the centre points of the city is Orchard Road which hosts many of the hotels and shopping in Singapore. In my opinion the best area to stay in Singapore because of its accessibility and convenience. Orchard road is a straight 30 minute walk from one end to another, the district also has plenty buses and around 3 MTR stations. The road is popular for its overall shopping experience, which has high end and affordable chains, this also goes for the restaurants spread across orchard. Mimicking that of Oxford street in London, the street also has Christmas decorations which is lit mid November each year. Lastly I cannot miss out Singapore’s Botanic Garden. This UNESCO world heritage site, which is situated at the edge of Orchard roads shopping district is remarkable for greenery lovers, with many different species.

Bugis is another shopping district however more popular for its bargains and food. The village used to be the area for mass gathering of transwomen around the 50s-80s which made it Singapore’s top tourist destination in that era. However now Bugis is the area with the largest markets in Singapore thus very popular for locals and tourists a like.

A Mixture of Cultures

Little India is a section given to the Indian migrants at the early stages of planning Singapore, this was the same for migrants from China and Malaysia each given a little part of the city. Here in Little India tourists can see the vibrant and colourful community, their role in Singapore along with the chance to buy many products and dine on their many traditional foods.

Just like little India,  China Town is also an area designated for the Chinese group of migrants. Like many China towns across the world, here there are many supermarkets, and food stalls and restaurants across this neighbourhood. At times there are traditional shows such as the Dragon/ Lion dance. Many tourists visit this section of Singapore to dine and shop in their many market stalls.

City Hall home to the famous Raffles hotel, which is famous for the invention of the world popular alcoholic beverage the ‘Singapore Sling’. I’ve been told the beverage was made because in Singapore females were not allowed to drink alcoholic beverages. An innovative bar man mixed gin with fruit juice, which was acceptable at the time as gin was initially a medicine in those days. Medicine and fruit juice was deemed acceptable, this was firstly named the ‘Gin Sling’ until changing the name ‘Singapore Sling’ to build on its influence worldwide. Other notable place of interest near ‘City Hall are, ‘Suntec City’, the ‘chopstick monument’ which is has 4 chopstick looking sticks stood up together to commemorate the suffering of the 4 main communities (Malay, Chinese, Indian, Minorities) which suffered at the occupation of the Japanese in the World War. Lastly this is the area where the Merlion monument is found, the cover icon of the city and country.

Marina Bay (part of the reclaimed land), which is probably one of the most tourist invested area of Singapore is famous for being the home to many structures including the ‘Marina Bay Sands Resorts and Casino’ a 5 star luxury hotel which has the highest infinity pool across 3 standing towers and is also said to be the most expensive standalone casino. An iconic part of the bay is the Art Science museum,  which is a building shaped as a Lotus flower which collects rain water and light, across this is the ‘Helix bridge’ which is a nicely designed foot bridge made to look like the human DNA, this overlooks the Art Science museum and the Merlion in a distance.  Another attraction iconic to at Marina Bay is the ‘Gardens by Bay’ which has 18 man made tree structures called ‘supertrees’, every night at 7:45pm there is also a light show which plenty of tourists plan to watch. In my own personal view the light show was a nice sight to see but it didn’t blow my mind. Lastly the ‘Singapore Flyer’ which was once the largest ferris wheel is also along Marina bay, here tourist can take a ride and view panoramic views of the city.

Clarke Quay which is a small riverside area to dine and drink in the evenings, this is also the point where you can board the riverside cruises.

Finally there’s Sentosa Island which is full of modern amusements for the whole family and is said to be the most enjoyable area in Singapore. Here you can find Resorts world, SEA life aquarium, Universal Studios and many more. Activities able to be done by the more frequent hobbyist such as golf and cycling can also be found here. Although not brilliant such as other ASEAN countries, the only beaches found in in Singapore are also on this island. However although very fun and enjoyable to visit Sentosa you may need to be with a group as it wouldn’t be very enjoyable as a solo trip. Furthermore if you are a traveller looking for cultural aspects then Sentosa is also not for you as many of the attractions found in the island can be found in other parts of the world.

When visiting Singapore all the tourist areas are very simple and accessible by their MTR system, buying a travel pass is very simple and cheap. However if travelling with the public rush is not your thing and you would like more of a sightseeing atmosphere the usual hop-on hop-off is an excellent alternative, with over 8 different lines, all points of interests is accessible whilst listening to valuable commentary of the city. 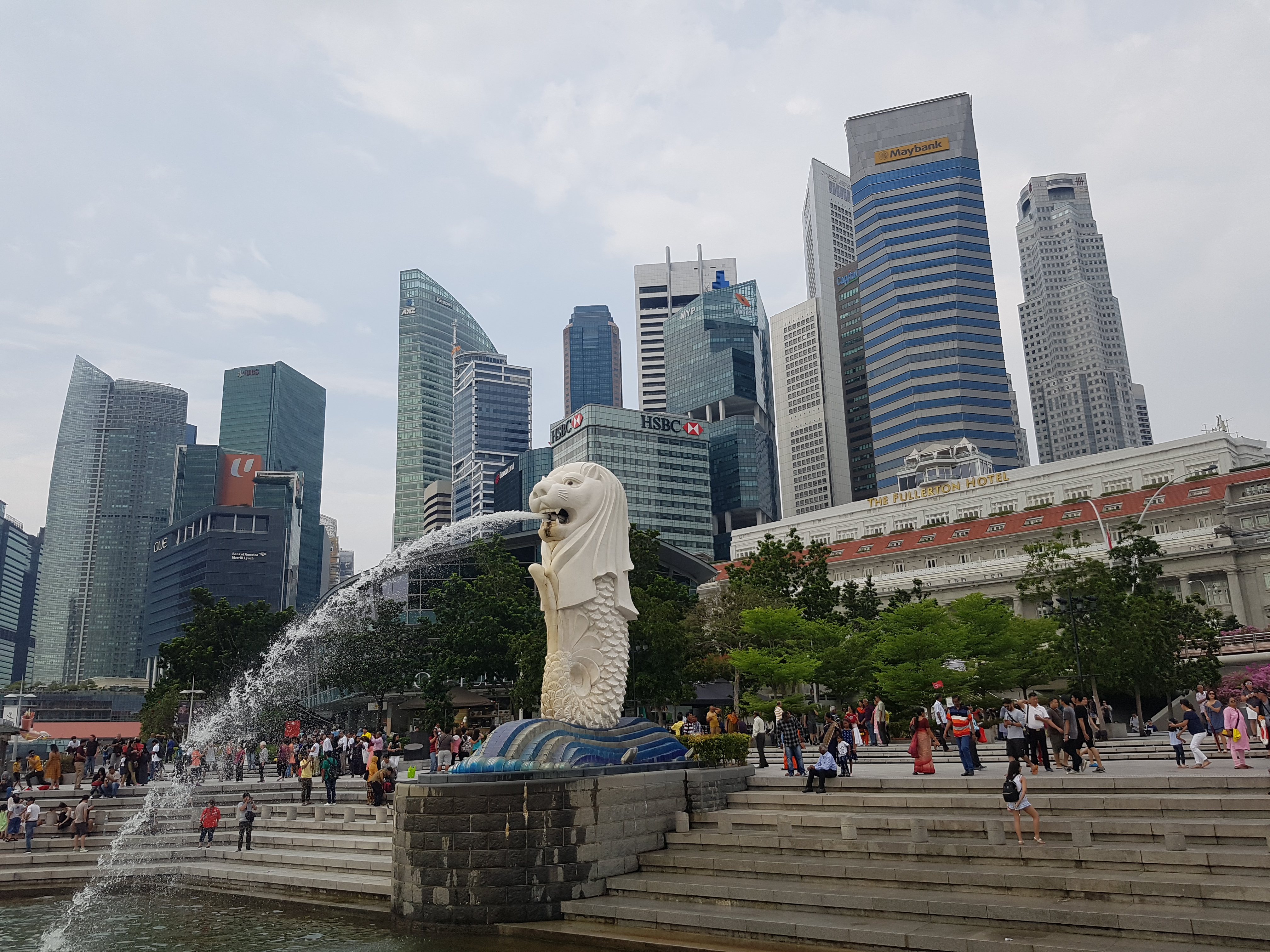 Overall Singapore is just an amazing place to visit as there is something for everyone. Kids can enjoy many of Sentosa’s many attractions such as SEA life aquarium and Universal studios whilst the adults can go shopping in Orchard road and enjoy the many luxurious brands such as Prada, Louis Vuitton, Armani and many more. Young adults may also enjoy the many bars and clubs which also include bar hopping arrangements, and foodies are spoilt for the choices around the whole city. As an explorer the city offers outstanding architectural structures with many stories to be told, although a modern setting covers Singapore the history behind is special. It is an expensive city for hotels, tickets, tours and products but travel and food are cheaper than I first thought, you just need to choose the right places. Singapore is a nice warm place to visit although it may replicate many richer cities across the world.