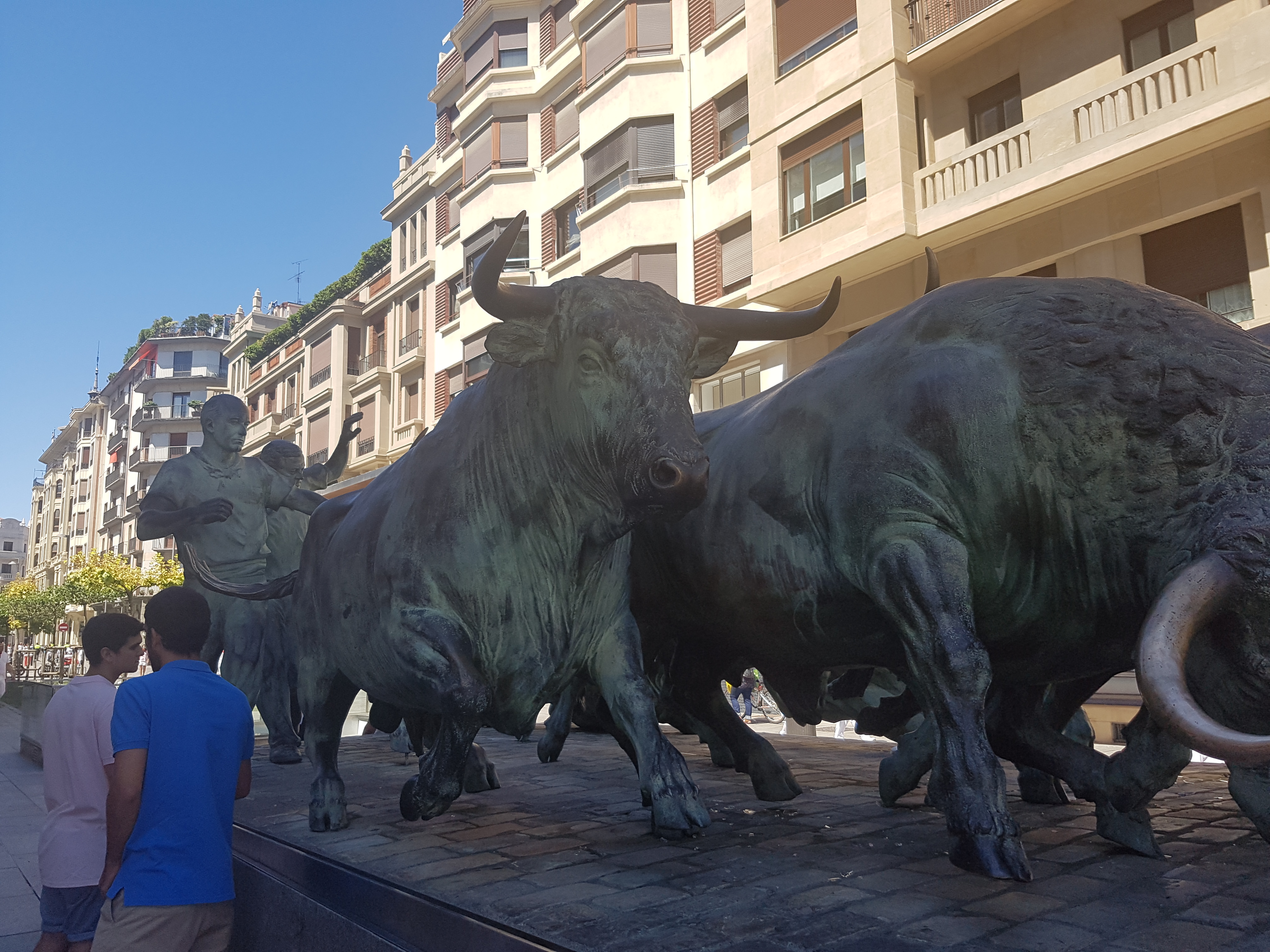 “Why is the San Fermin the Festival it is today?”

The San Fermin Festival, is a world famous event situated in Pamplona Spain. It is a cultural festival primarily for religious purposes however it has since been overtaken by other practices, most notable the ‘Encierro’ or the running of the bulls. Although the running of the bulls has been the front face of the ‘San Fermin’ it is by no means the only interesting aspect. The festival lasts for 7 days starting on the 7th of July all through to the 14th of July yearly and goes on for 24 hours non-stop.

(could be different each year)

My Experience with the Festival.

I made the decision to go to Pamplona for the ‘San Fermin Festival’ as little detour on my France-Spain trip, and it all started as a little joke to run the bulls, little did I know the joke would be a reality and it would be one of the best trips I’ve done yet. I initially thought this Festival will be more for the younger generation and  mostly locals as it was within an unknown region of Spain, I was totally wrong and it was as diverse as any Festival can be. People from all corners of the world were there, large and small groups, seniors and even toddlers, families, solo travellers and groups of friends. I also thought the festival will just be a drinking fest, and whilst that was largely true, it wasn’t the only aspect of the event.

Like I said the San Fermin attracted all sorts of people, the younger generation and the party goers would usually be out late night within the many bars and pubs, families would still be up but around the park to watch the fireworks at 23:00. The elderly would usually be dining or watching one of the many make shift stages, however I have also seen many elderly partying the night away. In the morning when the partygoers fall asleep, many of the bull runners and spectators wake up early, this includes lots of foreigners and locals of all different ages however children are usually still asleep, but I did see some. Midday everybody seems to be up and out, divided within many of the stages, whether in the park, the old town or the square everybody seems to be out. Children enjoy the giant and big head parade which was fantastic culturally and also fun for the children as the they get hit by the big heads with sponges.  The city also have different shows, whilst I have seen heavy metal music, salsa, pop, and culture, the diversity this festival attracts is huge.

First impressions of Pamplona the city itself was that the locals were not friendly at all, getting lost in Pamplona is not a good idea as nobody will be willing to help at all, maybe they are just fed up of tourists, they are actually the worst unhelpful people at any location I have visited. However once you get into the festival itself everything changes and everybody is around to have a good time. You may come across some aggressive people but as long as you mind yourself everything will be ok, as the saying goes in various cities “if you want trouble, you’ll find trouble”.  There are many drunk people throughout the day some drunker than others, but they are just there to enjoy. Safety is also high at the festival and there are plenty of medical staff and police present.

I both watched and ran the ‘Encierro’ in 2 different days, even after all the warnings I got. However I always opted to stay as safe as possible and doing extensive homework before doing my run.

The night before I planned to run, I slept early, waking up at an early 05:30am that morning getting ready and heading out just after 06:00am. Arriving at the Pamplona City council at about 07:00am, there were already many people whether spectators or runners. Before the start there was plenty of marching bands that entertain the crowds, there is also many prayers. At this point the barriers are already up with police and ambulances ready and on standby. Before the run all runners gather for a small prayer to the San Fermin across the course.  There is no special entrance for runners and anybody can really jump or crawl under the many barriers across the route. 5 minutes till the run there were still many tourist runners still choosing a good starting point, however I could also still see many children and families still on the route of the bull run, which was a bit worrying. The good thing though was that the runners was diverse, there was old and young, men and even many women. Minutes before the run I was very nervous, many things was going through my mind.

The run starts with a single firework being set off,  at this point runners start jogging, I decided to stay on the left side staying clear of the huge crowds. There was definatly no way for me to turn my head back and see if the bulls were near, you only rely on the shouting and the bells placed on the bulls neck. It was the movement of other runners, the louder shouting and the bells which made me just climb the nearest barrier (wooden fence) and onto what I thought was safe enough. There were plenty of us runners at the top of the barrier at this point with local police and ambulance personnel holding us up and advising to climb over and even stay put (although in Spanish).  At top of the barriers I looked over and saw a group of bulls charging through the street, It was all too quick to count or even have a good look at the bulls. After that all I could see was everyone coming going down with spectators even going through the barriers against the police’s advice. I started to take my phone out for quick snaps until I heard more shouting, I step aside still inside the running route and seconds after I see 3 more bulls charging down the street. Close one!

The next day, I managed to watch another run just before leaving for Zaragoza, purpose was to just enjoy the run as a spectator. Just like running there are still huge excitement. Even though you wake up early find a good spot about 2 hours before just to see the run pass you in just 10 seconds.

All in all  it was a good experience, Police and Ambulance had every corner covered. Drunk people were prevented from running and cameras were not allowed whilst running, the police are ever vigilant at that and could confiscate. Take note although the event is well cared for, it was very dangerous and I probably wouldn’t do It again. Many do get hurt and about 15 people have been killed doing it. The bulls are one dangerous aspect but many get hurt by fellow runners.

The Big Head and Giant Parade

Something that I knew about but took me by surprise whilst I was walking around the street. I never really planned to go and see it but it seems like I was just at the correct place and at the correct time. The Giants (made from wood) are 150 years old by a local painter, tower about 4 metres high  and represent  pairs of Kings and queens from the 4 different continents Asia, Europe, Africa and the Americas. The giants are also escorted by instrument players and also Bigheads and people in horsemen in costumes which chases children and hits them with foam truncheon. This parade goes around the old city making various stops along the way, I guess to rest the dancers carrying the giants. This part of the event gets a good reception for families and children.

It is always a good way to end a day with some fireworks. The San Fermin Festival fireworks happen 23:00 every night during the event, it has some great aspects but nothing to compete with other pyrotechnics. It is a large display and you can watch the fireworks from many different places in the city, but most notable area to watch the fireworks is at the park.

Although the San Fermin festival is frowned upon by some, due to its bull-fighting and dangerous bull running culture, to me it is an exciting and joyous event. The bull-run and bull-fight is a unique and insightful historic tradition and although I am not one to promote the killing of animals, I am one for the perseverance of culture. However the festival alone has so much more than just the bulls, its got music, laughter, prayers, shows, food and so much more. I do advise to go and experience this event at least once to bask in the party but i do not recommend doing the run. 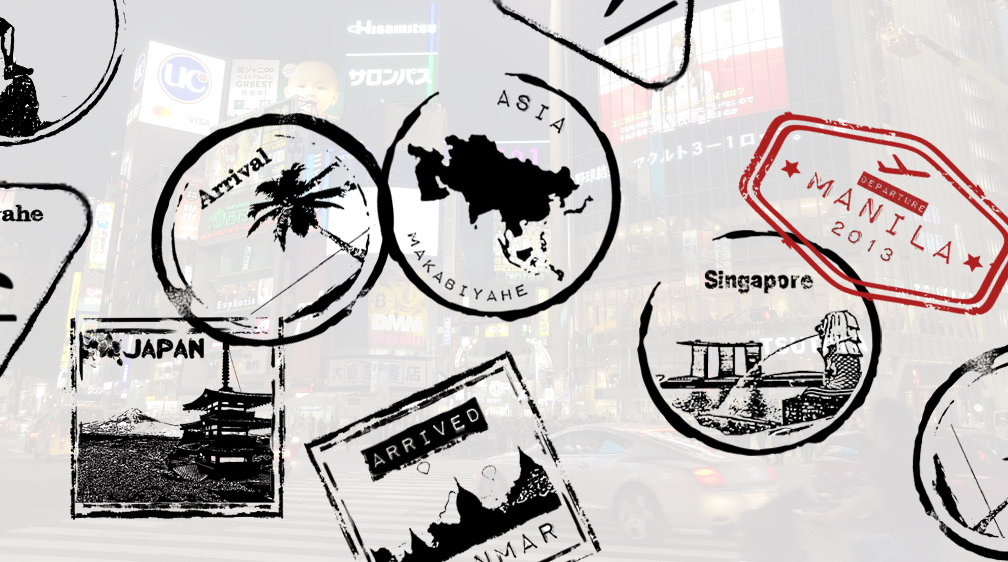